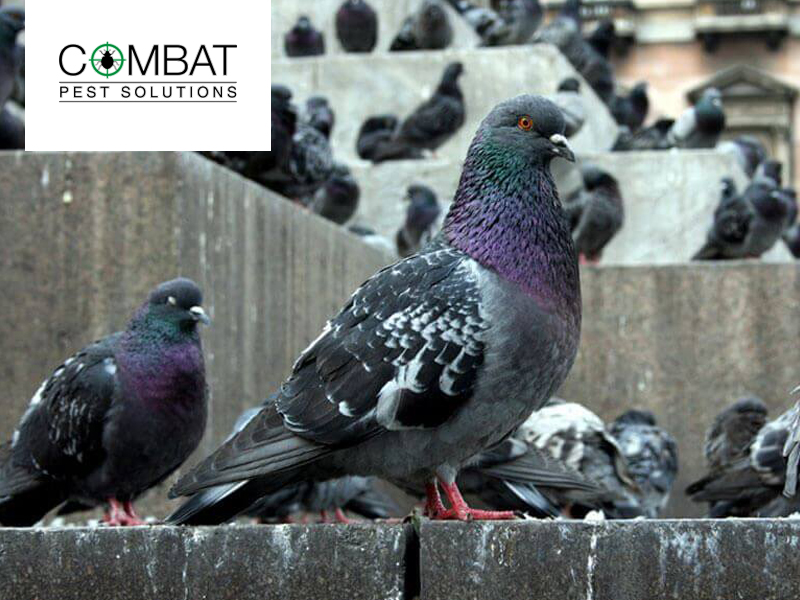 Pigeon control can be a contentious subject for many. It’s easy to haul out a can of insect spray and douse the offending cockroach scuttling across our kitchen floor, but pigeons are a different situation altogether.

Pigeons generally fly under the radar when it comes to our dealing with ‘pests.’ However, they do tend to bring with them a host of issues which we’ll discuss below. 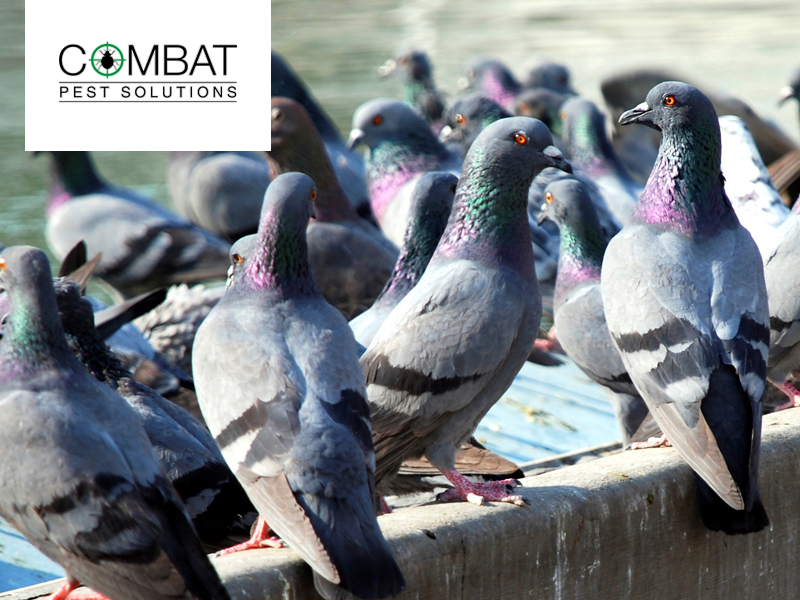 The Problem With Pigeons

The issues brought about by pigeons are fouling and nesting, and mainly because of the sheer volume of them.

Pigeons don’t really care where they poop, which poses a problem if there are a lot of them living in or near your home or office building.

A BBC article on the topic says, “Breathing dust or water droplets containing contaminated bird droppings can lead to several diseases, including a flu-like illness called psittacosis. Salmonella – a bacterial infection that can cause diarrhoea – may also be present in some bird droppings.

“If you are cleaning up or come into contact with droppings, you should take precautions. Wash your hands and clean any exposed skin before eating, drinking or putting your hands near your mouth. Likewise, if you are feeding or handling birds, wash your hands afterwards.  If you have a compromised immune system, including from HIV/AIDS or cancer, you should not clean up droppings.”

Cryptococcus is another infectious disease caused by a fungus found in soil which has been contaminated by pigeon droppings. This illness is especially problematic for immune-compromised people and is “characterized by the production of lesions in subcutaneous tissues, joints, and especially the lungs, brain, and meninges and often by pneumonia or meningitis.” (Source)

It’s easy to see how pigeon droppings on roofs, in public spaces, window ledges and patios can become an issue as their spores are carried into our living areas by rainwater or wind or settle onto our food and water.

As if this isn’t enough, one bird removal company in the U.S. warns that “pigeon droppings contain uric acid, which is highly corrosive and pigeons can cause a great deal of damage in a short amount of time. Feral pigeons are responsible for untold millions of dollars of damage each year in urban areas.”

The nesting materials used by pigeons are unsightly – especially in commercial spaces – and can quickly block up gutters and drains. Rooftop machinery can also be damaged or clogged by nesting birds.

Pigeons use grasses and twigs to construct their nests which will ideally be somewhere warm and high. Even a high rise window ledge will do. They are also likely to return to the same spot year after year so unless their nest is removed and the space made as undesirable as possible, they’re going to be your neighbours for quite some time.

As we’ve said so many times before, prevention is better than cure. In the case of pigeons, we work hard to control numbers in areas where they are not welcome by practical and humane methods such as:

It’s worth noting here that, despite the poor pigeon’s reputation as a ‘flying rat’, wild bird nests are protected under the Wildlife and Countryside Act of 1981. This means that only licensed professionals can remove a nest, and only under very specific conditions.

Besides the mess and potential for infections, pigeons are also known to carry lice, mites, ticks and fleas – more pests that you simply don’t want in your space!

If you need pigeon control or advice on how best to deal with pests like these, please contact Warren and his friendly team at Combat Pest Solutions now.