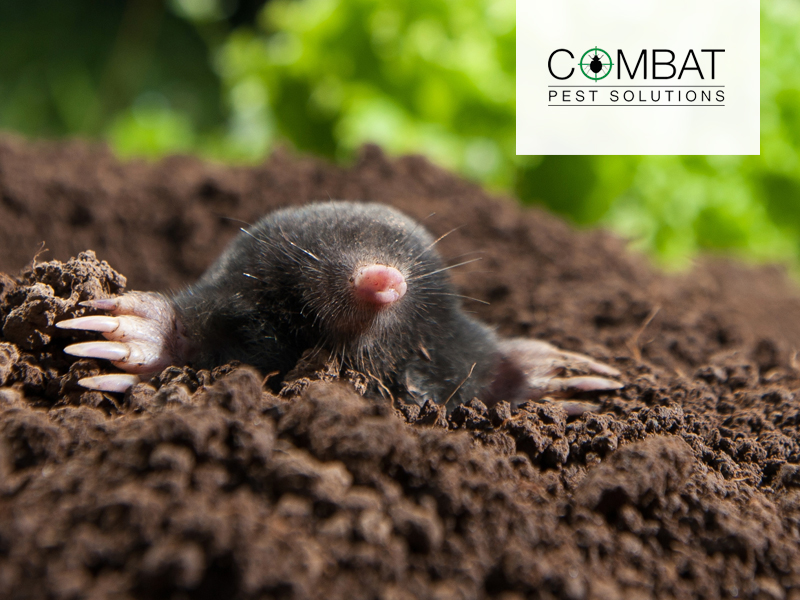 Moles are a much-misunderstood mammal but pest control measures spring readily to mind at the sight of fresh molehills on our prize lawns. Worse, if there are molehills on bowling greens, cricket pitches, sports grounds, and fairways. You can’t help that sinking feeling both in your heart and under your feet as the earth gives way to a veritable kingdom of burrowed underground tunnels.

Mole pest control professionals have their number, understand their habits and practice humane removal in line with the UK Wild Mammals Protection Act. Before we talk about dealing with the nuisance factor, let’s get some facts straight. 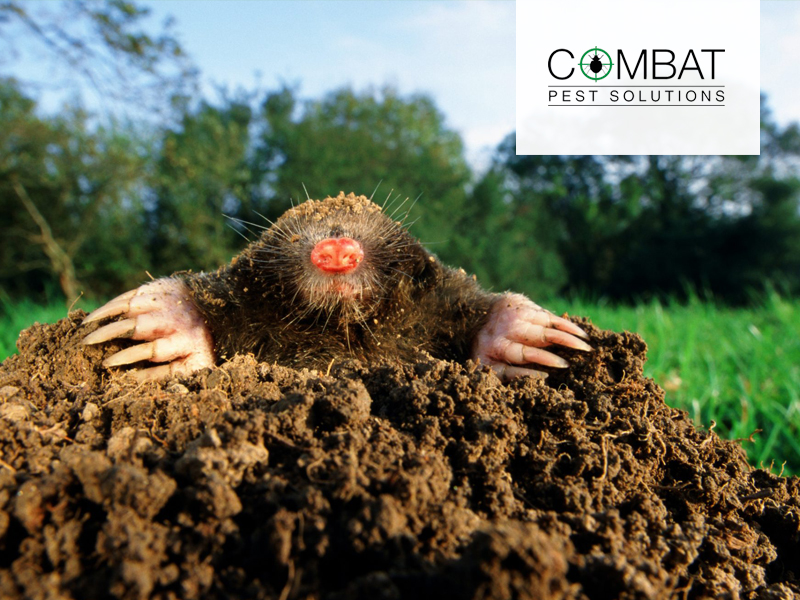 Because the little critters live in the dark and are seldom seen, they are perceived as ‘mysterious’, which is fertile ground for the many mole myths. The following is to free you from whatever misconceptions you’ve heard so far.

Truth: Moles are a kind of mammal once classed as ‘Insectevora’ But which is now considered obsolete by biologists for a preferred Eulipotyphla category of insect-eating mammals. But the Insectevora label lingers, nonetheless. Still, don’t be fooled into buying “mole bait” advertised to eradicate moles and rodents! No self-respecting mole will fall for rodent bait of any kind. No self-respecting mole pest control professional will use such in their removal. In no way do moles carry diseases harmful to humans.

Busted: They may disturb plant roots with their burrowing the mole pest control professionals will inform you, but they aren’t vegetarians or herbivores by any stretch of the imagination.

Truth: Moles mainly live on earthworms. They may add the odd beetle or a few grubs to spice up their menu, but roots will never do. Where the earthworms hang out is where the moles will be.

Busted: Just because they live in the dark doesn’t mean they don’t have eyes.

Truth: Ok, your mole pest control advisor will tell you that technically, they do have eyes, which have very poor vision – being underground 99.999 percent of their lives. Their little eyes are protected from sand by a covering membrane. They don’t ‘need’ them, but they can see shapes, light and some movement. Moles best sense the tiniest movement via extremely well-developed sensory hairs that detect the otherwise imperceptible movement of earthworms.

Busted: This is a half-myth, half-truth scenario. Just because some unsightly tunnels show on the surface doesn’t mean there aren’t deeper ones that mole pest control professionals are expert at uncovering. Trying to trap them in shallow tunnels is like trying to catch sharks in the shallows – they are sometimes there but it’s not their home territory.

Truth: The labyrinthine mole tunnels are truly a nightmare. Trying to trap them entails ascertaining which tunnels are the main highways because many are used but once.

Busted: Just because it gives some satisfaction to stomp down visible tunnels doesn’t mean you’ve blocked the roadway.

Truth: Moles love digging, they’re not lazy. Your mole pest control team understands that moles may re-use a tunnel if it runs to a good food source but will happy re-dig whatever you flattened. 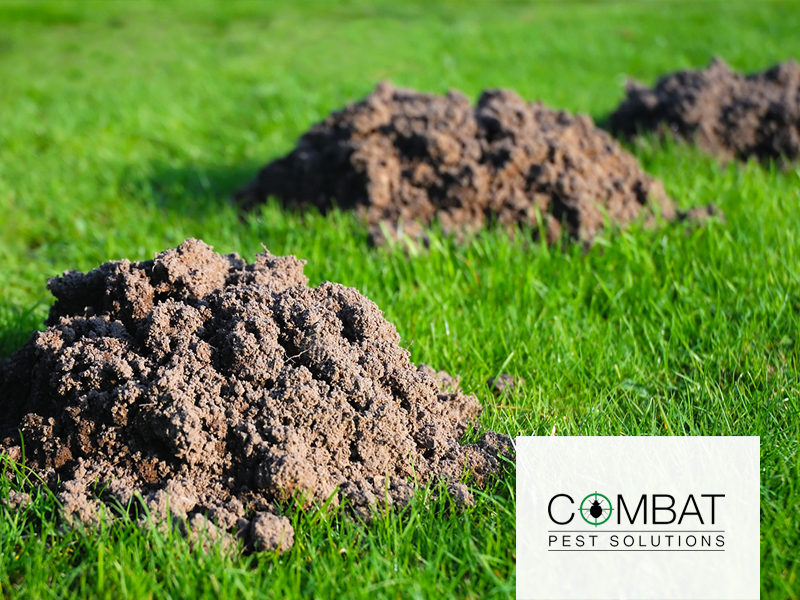 Myth # 6 – Shove bubble-gum down the tunnel

Busted: Just because people have done stuff doesn’t mean it works. We are going to bust all the old-wives’ tales in one in this truth section. The idea is to kill them via constipation.

Truth: Putting bleach, broken glass, bubble-gum, castor oil, cigarettes, doggy-do, essential oils, hot peppers, cut human hair from the hairdressers, lye, mothballs, rose branches, razor blades into the tunnels won’t work.  The mole pest control professionals will confirm this. Repellents of all sorts will have no effect. Ultrasonic devices – at whatever level of sophistication, kid’s daisy wheels or plastic bottles cut into so as to catch the whistling wind won’t work. Nor will inserting smoke bombs work, nor will hooking up the car’s exhaust system to the tunnels or pouring litres of water into them using the garden hose.

If any of the above appears to have worked, don’t pat yourself on the back and spread yet another mole myth to your neighbours.  The mole pest control blokes will explain that earthworms go deeper underground in the winter and the moles follow suit. The critters will resurface when the earthworms hang out again in the shallow soil for the warmer months.

All the above myths are as bad as the old-timer’s joke to put tobacco down the hole and when the critters come up to spit, just hit them on the head with a spade – that should be a cartoon!

The bottom line is; get the professional mole pest controllers in on the job. It will be clean; it will be humane, and it will work.