Protecting Bees Is The Royal Mission Of Bee Control 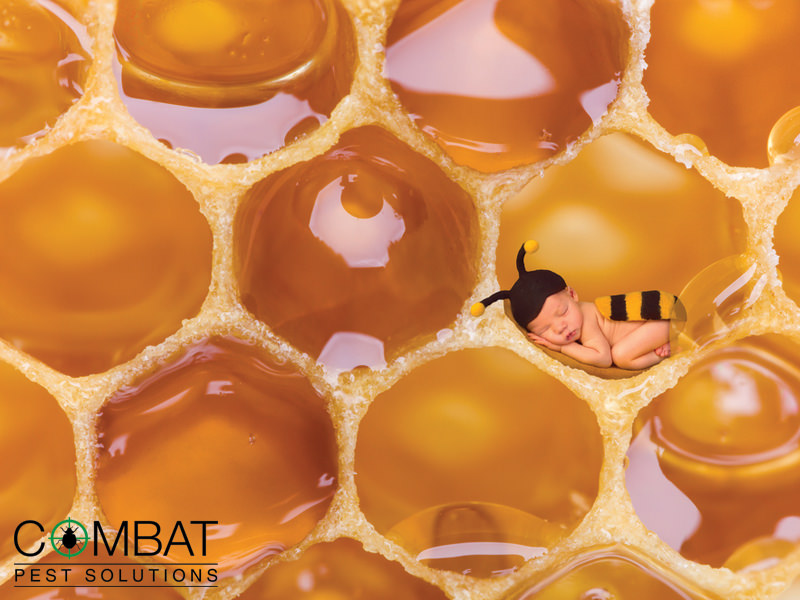 How often have you seen someone swat a hungry little insect away from their soda can, or run frantically for cover when they hear the buzz of more than one bee? We are often called out on bee control duty, complete with panicked voices on the other end of the line.

Notwithstanding that some 2 – 9 deaths due to anaphylactic shock after an allergic reaction to bee stings are reported in the UK, the fact remains that if bees didn’t exist, neither would humans. It’s a classic “can’t live with ‘em, can’t live without ’em” scenario. With this paradox as a backdrop, bee control calls for dedicated professionals who know how to save and relocate colonies nesting in urban areas.

Reputable bee control companies should have the Royal Society for Public Health (RPSH) Level 2 award qualification, which assures they fully understand the biology, behaviour and care of bee populations.

The Vital Role Of The Humble Bumblebee And His Cousin, Honey Bee

Among the many kinds of bees, the bumblebee, which is larger than the honey bee and actually a more efficient pollinator, generally has nests containing several hundred bees. A honey bee nest, on the other hand, may consist of upwards of 10,000 bees – that is a lot for bee control experts to deal with if the queen, her drones and her workers decide to set up her hive in public areas, office buildings or homes. The size of the honey bee population makes their ceaseless collecting of plant nectar responsible for pollinating a whopping 84% of all crops cultivated for human consumption. Put another way, some 400 different types of plants need bee pollination to increase crop yield and quality.

We humbly refer to a ‘no nonsense’ comment, which professional bee control factors in:

“Anyone who cares about the health of the planet, for now, and for generations to come, needs to answer this wake-up call. …Fewer bees lead to lower availability and potentially higher prices of fruit and vegetables. Fewer bees mean no almonds, less coffee and less alfalfa hay available to feed dairy cows. …” warned renowned entomologist Marla Spivak. “We need good, clean food, and so do our pollinators. If bees do not have enough to eat, we won’t have enough to eat. Dying bees scream a message to us that they cannot survive in our current agricultural and urban environments…”

The fact is that since 1945, 97% of the UK’s flower meadows have vanished! That doesn’t make us very good custodians of our resources, does it? With the bee population under threat the world over, educating ourselves, our children and our neighbours goes a long way to dealing with unwanted swarms in a humane way. Calling in bee control experts is the sensible thing to do; they certainly have the bigger picture in mind.

“Wild pollinators need greater protection. They are the unsung heroes of the countryside, providing a critical link in the food chain for humans and doing work for free that would otherwise cost British farmers £1.8b to replace,” Prof Simon Potts from the University of Reading points out. “We need a proper strategy … to conserve wild bees and pollinators through habitat protection, agricultural policy and farming methods – or we risk big financial losses to the farming sector and a potential food security crisis.”

So, let’s set the record straight to bust the myths and urban legends about swarming bees.

Certain areas in certain countries have a ‘swarming season’ in late spring or early summer. This is usually motivated by the need to reproduce new colonies but can at times be precipitated by a hive that’s become overcrowded. Either way, there’s no need to panic. Swarming bees are very docile and non-threatening.  One reason is that there is no hive and no babies to defend.

Alerting bee control professionals is the responsible thing to do if anyone sees a swarm settling so they can keep a watch to see if the queen is moving in, as it were, or just resting en-route to a preferred spot. Due to their dangerously dwindling populations locally and abroad, we need to do all we can to preserve these marvellous, undervalued little pollinators and their vital role in supporting life on earth. We only have one planet to call home and no second chances if we allow our bee population to become extinct.

Proudly bearing the benchmark Royal Society for Public Health (RPSH) Level 2 award qualification and a registered member of the government-driven PROMPT to back our competency, our team is trained in the management of all manner of pests including CPR (Control of Pesticides Regulations) legislature, safety and customer care. Dedicated to minimising potential risk, we are signed up to Think Wildlife Campaign for Responsible Rodenticide Use (CRRU). No job too big or too small. Visit us at https://combatpestsolutions.com/.