Wasp Control: Should I Walk Away Or Panic? 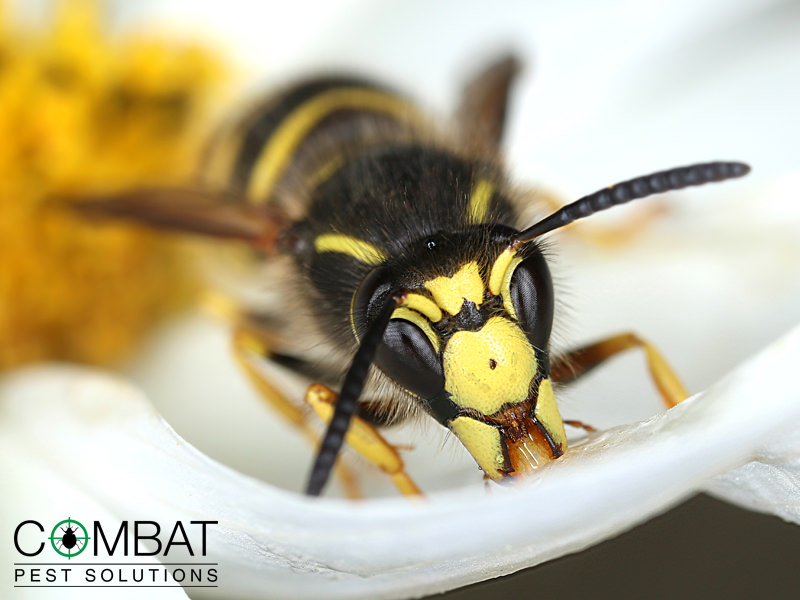 There are many of us who have “wasp control” on speed dial during the spring months, and we are quick to hit the button when we hear that distinctive buzzing. Of course, if we are sensitive to wasp stings then we have good reason to be more than a little paranoid. However, are these little flying critters really out to get us?

As pest control professionals, we deal with panicked calls to get rid of a wasp population frequently, and understandably so. But we’d also like to educate you on these little yellow jacketed insects so that you know when to panic, and when to simply leave them be.

Wasps are smart and social creatures, occupying every continent around the globe, apart from Antarctica. While they come in multiple shapes, sizes and colours, their habits and lifecycles remain largely the same.

A fertilised queen is focused on building a comfy home for her babies – up to 5000 in a season – and busies herself feeding all these hungry mouths. When these worker wasps are old enough, they help with the feeding which allows our hard-working queen to settle down to the serious business of egg laying. At this point, her abdomen grows too large for her to fly and she spends all her time hidden within her nest.

Late summer brings out fertile males and virgin queens, and once this fresh young lady has mated, she flies off in search of a safe place to hibernate through the coming winter.

When Should I Panic and Call For Wasp Control?

Springtime and warmer weather bring out the newest batch of queen wasps who go in search of a dark, quiet spot to call their own. It’s during this time (usually between April and May) that many people see a small swarm exiting their roof or shed and when we get a host of calls to remove wasp’s nests.

In this instance, what you are witnessing is little more than a mass exodus and is nothing to be concerned about. These young queens are going their separate ways and are not setting up a commune in your roof. Given a little time, maybe just a day, they will have dispersed and will be busy creating a home for the new generation, so there is no need to call an exterminator.

While wasps are usually concerned with food preparation for the next generation and home renovations, there is a time – usually during the late summer months – when the mood in the colony changes.

Worker wasps who have, up until then, been frantically feeding hungry mouths, have very little to do as the queen stops laying eggs. They are now free to satisfy their own nutritional needs which comes in the form of fermenting, over-ripe fruit left over from summer’s harvest.

We all know what happens when the boys have too much time on their hands and a belly full of a fermented beverage, don’t we? Yes, this is the time of year when wasps are likely to be aggressive and come into increased contact with people. A drunk wasp looking for food and dazzled by your kitchen light needs to be treated with caution.

If you are concerned about the proximity of a wasp’s nest to your home, especially if you have small children or a family member who may have an adverse reaction to a wasp sting, then calling in a pest control company is your best bet.

Many people have been conditioned to pick up a can and spray when they come across a wasp or any other stinging insect. If we are likely to suffer from anaphylactic shock after being stung, then it turns into a case of “them or me” which is entirely understandable.

There is more to these little insects though than just being a scary, stinging bug.

Wasps perform a natural pest control function, as they feed their young on garden grubs and other insects which would otherwise make a big dent in farmed produce and gardens alike.

They are also prolific pollinators, especially for flowers, orchids and fig trees.

Their nests, which are only occupied for a single season, form homes for other pollinating insects such as the hornet hoverfly.

Do You Need Wasp Control?