Being afraid of wasps is common. In fact, for those of us brought up in the largely predator-free British suburbs, fear of most creepy crawlies is common.

However, back in 2017 scientists from University College London (UCL) and the University of Gloucestershire promoted the Big Wasp Survey. They asked members of the public across the UK to build a simple trap to catch wasps and for the purpose of studying these fascinating little creatures.

Why the interest in these feisty little critters?

The Vital Role of the Wasp

As it happens, wasps play a critical role in the environment.

Wasps in the environment

Wasps are predators which help to control pests such as greenfly and other voracious insects. This is important for us all, from the home gardener to the farmer.

In early spring the workers are sent out to gather food for their younger siblings as the queen stays home and lays eggs – lots of them. This food is made up of sliced and diced pieces of insect larvae, caterpillars and other small bugs.

The fact that they are generalist predators means that they are unlikely to negatively impact an entire species of insect while still controlling a wide range of pests.

While all eyes are on the bee, wasps are just as busy and are highly efficient pollinators.

While they are hunting for pests to feed the young, adult wasps feast on sugars from flowers and fruit. They are also partial to a little tipple which makes them a little bothersome during picnics and barbeques.

Wasps form food for other predators too. It’s not uncommon for wasps of different species to cannibalise each other to feed to their respective young.

Did you know? It’s been estimated that social wasps can consume approximately 14 million kilograms of insects and larvae over the summer period in the UK.

An article in the Independent sums this point up nicely, saying, “Despite their poor public image, wasps are incredibly important for the world’s economy and ecosystems. Without them, the planet would be pest-ridden to biblical proportions, with much-reduced biodiversity. They are a natural asset of a world dominated by humans, providing us with free services that contribute to our economy, society and ecology.” 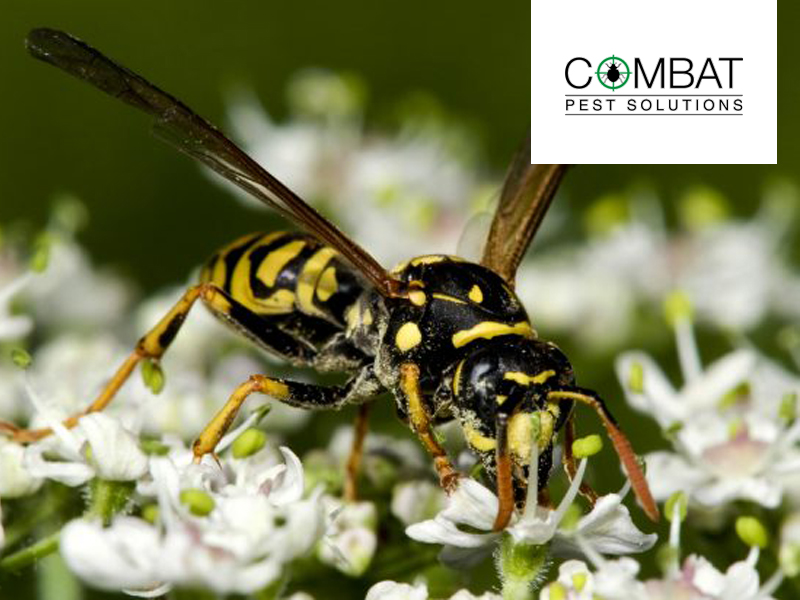 Studies are being conducted on the potential use of a chemical found in the sting of a particular tropical wasp, the Polybia paulista.

Wasps are in Danger

We’re all very aware of climate change and the effect of humans encroaching into previously undisturbed places, all of which impacts the insect kingdom in no small way. Many beautiful insects are under the spotlight with caring people and organisations rallying to help their diminishing numbers but sadly, the wasp is not one of them.

This humble creature has been demonized and touted as aggressive and troublesome and is often on the receiving end of a can of insecticide.

However, as we discussed on our last article on wasps, they are usually only aggressive during the late summer months when their work is done and they’re tipsy on the overripe fruit that they’re feasting on. We’ve all done something silly after we’ve had too much to drink – but these poor wasps can’t catch a break.

A wasp’s sting is mildly venomous and used mainly for hunting but is also its only defence. For those who don’t suffer any allergies, it’s a short-lived localised pain with a little itching or minor swelling (Unless you’ve been stung by the European hornet which can be a little more painful.)

Wasp expert Dr Gavin Broad from the Natural History Museum  is quoted as saying, “Wasps are generally apex predators – so if they’re not doing well, it indicates that there is something wrong with the world.”

Predators such as these provide what’s known as negative feedback on the population of their natural prey. If their food sources are low or depleted, then they will die. This serves as a key indicator that there is something wrong further down the food chain which deserves our attention.

More than this, certain species of wasps are responsible for the lives of thousands of other species.

The Independent article mentioned above says, “Wasps also play a crucial role in ecosystems as specialist pollinators. The relationship between figs and fig wasps is arguably the most interdependent pollination symbiosis known to man. Without one another, neither the fig nor fig wasp can complete their life-cycle – a textbook example of co-evolution which is estimated to have been ongoing for at least 60m years.

“Figs are keystone species in tropical regions worldwide – their fruit supports the diets of at least 1,274 mammals and birds. The extinction of fig wasps would, therefore, be catastrophic in tropical ecosystems.”

Understanding the vital role that wasps play in our lives, it may be time to stop swatting and spraying them and leave them be.

This may seem odd coming from a pest control company, but our role is to remove problem pests where they are likely to cause harm or damage. The wasp may be scary to some, but they really just want to get on with their short lives and drink your beer.